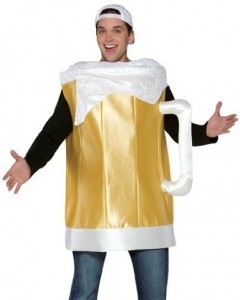 Are you looking for the funniest beer costumes for Halloween? You got it!

I found awesome adult beer costumes for men and women!

Now on your next fun Halloween party or costume party instead of bringing the beer you can actually BE the beer! (Just kidding… I think you should also bring the beer if you want to stay at the party….)

They are all very affordable and comfortable to wear!

Have fun choosing the coolest beer costume you can find!

How about dressing up as a funny bottle of beer?
Now you can!
Dress as a premium beer bottle!
Modeled after a Heineken bottle, this fun beer bottle adult costume is made of soft poly-foam and it’s very comfortable!
You and your best friends can all dress as beer bottles! 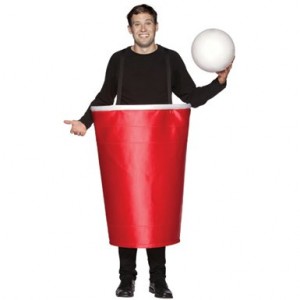 This funny beer pong adult costume is perfect for young guys!
It is consisted of a giant red cup tunic and an inflatable ping pong ball!
It is made of polyester and it’s also very comfortable to wear!
Have fun! 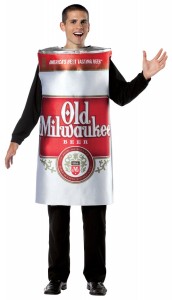 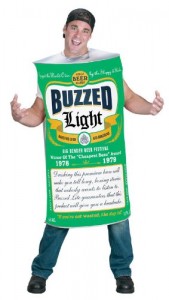 Another fun and very cheap beer can adult costume for Halloween!
I like the beer name!
Fun!
One size will fit most adults!
Slip it on and have some fun! 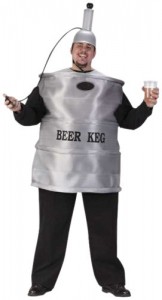 This fun men’s beer keg costume is one of the most popular beer costumes being sold!
Why be only a bottle, mug or can if you can the whole beer keg right?
Now do you want to hear something really awesome?
The keg helmet holds 400 milliliter of actual liquid!!
I am serious!
How fun is that guys?

Another funny beer keg man costume for Halloween!
This one is hilarious!
Very realistic, with a working beer pong attachment! 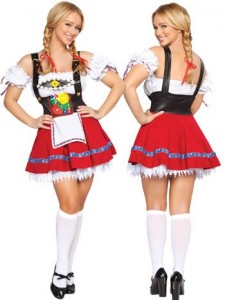 Now it’s time for the ladies to wear a fun beer outfit!
This is a sexy German beer girl outfit that comes in small and medium sizes.
It is a three-piece costume that includes the dress with the fun applique decorations, apron and sleeves.
(The petticoat and stockings are not included.)

Halloweencrazycostumes is a participant in the Amazon Services LLC Associates Program, an affiliate advertising program designed to provide a means for sites to earn advertising fees by advertising and linking to amazon.com.