The Most Bizarre Costumes for Adults 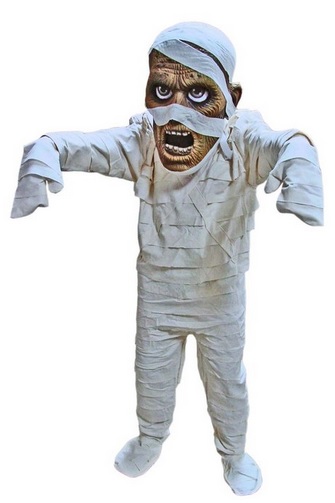 Are you looking for some creepy and bizarre costumes to wear next Halloween?
I just came across some of the most bizarre costumes for adults being sold!
They are perfect to wear for a Halloween party or a costume contest!

You will find some pretty scary and bizarre costumes for all budgets and tastes here.

*This awesome (and very creepy!) mummy costume is one of the most bizarre costumes for adults I have seen!
I love his gigantic head, eyes and mouth!
(Ok, I am actually very scared! If I saw this mummy coming my way I would definitely run for my life!) 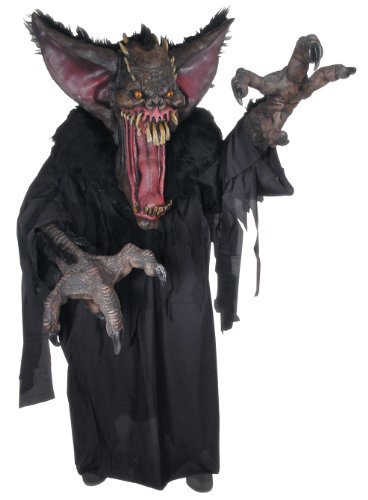 Be careful now!
You are about to see the most bizarre costumes for adults ever created!
Whether you call them bizarre, horrendous, horrific or creepy, the fact of the matter is that you want to wear the scariest Halloween costume around to scare the h..ll out of everybody!

I found a few of the creepiest and most bizarre adult costumes for sale and (even though I am very scared right now) I am going to show them off here!
(This horrendous gruesome bat monster creature is just a tease of what is about to come your way!)
This is definitely one of the most bizarre costumes ever!!
It’s a gruesome and horrific bat creature monster costume!
I do not want to be anywhere near that gigantic mouth or claws!

*(This page might be too scary for small children.) 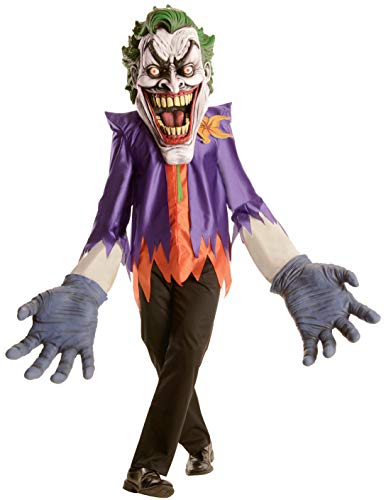 How are you holding up?
Do you think you can handle this bizarre and ultra-terrifying Joker costume or is it too much for you?
I am totally creeped out!! 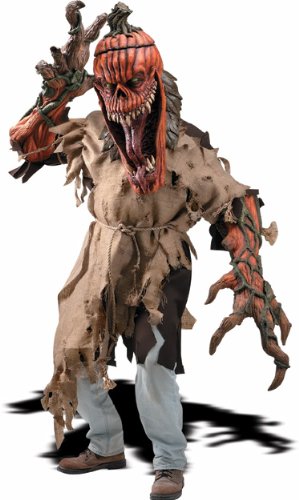 Is that a pumpkin head?
Yes, it is!
It is a gruesome bizarre evil pumpkin monster costume of some sort!
Very unique! 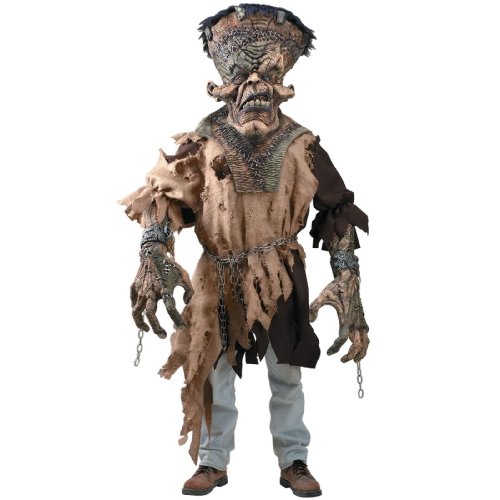 Oh dear!
Run for your lives!
It’s the creepy Frank coming your way!
He is a monster!
And he is a freak!
He is the Frank Monster creature! 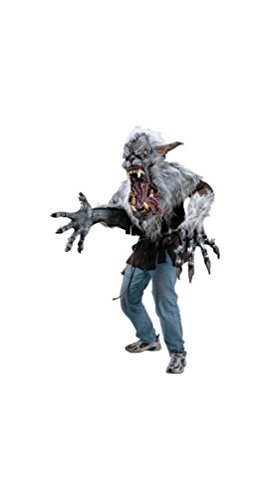 Awesome creature costume for Halloween that will give everyone the shivers!
I love his oversized monstrous hands!
Yes, you will get the horrific mask, the gigantic hands, and the shirt! 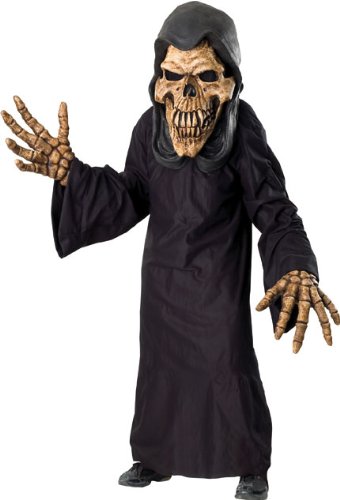 Whatever you do don’t let the Grim Reaper touch you!
He is a creepy fellow! 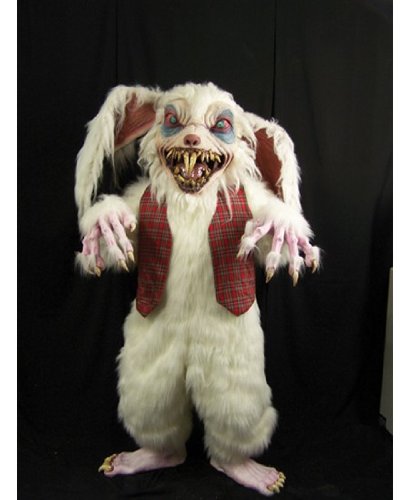 I’m trying to decide if this bizarre furry costume is of a rabbit, rat or just a random undead rodent!
Perhaps a zombie evil bunny? 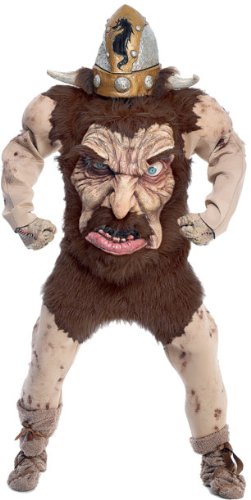 Wow!
Isn’t this Nordic warrior viking man one of the most bizarre costumes you’ve seen so far?
I love the giant face on the belly!
OMG!

It’s the craziest, creepiest, scariest Nordic viking I have ever seen!!
Check out his huge mouth!!
He does not look happy at all!
He is coming your way!
RUN!!!

If you have always wanted to be a Leprechaun, today is your big chance!
Can’t get any more bizarre than this can it folks?
A cool and very real looking Leprechaun mascot costume for men!
Just carry a pot of gold with you and you will be all set!

Man in a Gorilla Cage Costume

Oh no..
That gorilla just captured this man!
He seems ‘adapted’ to his new reality though… 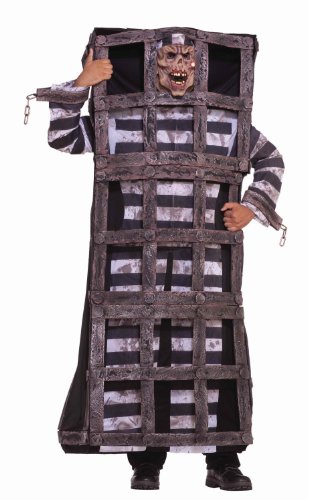 (How creepy is this caged convict adult costume folks?) 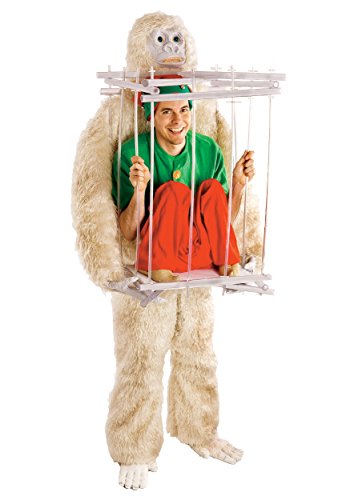 We can’t have a list of the most bizarre costumes for Halloween without also including a few creepy men in cage costumes in the mix!
This is a very bizarre and very creepy Abominable Snowman with a cage costume for sale!
There’s a man trapped inside the ice cage!
Cool!
(NOT!)

That guy is in serious trouble inside that cage!
Yikes! 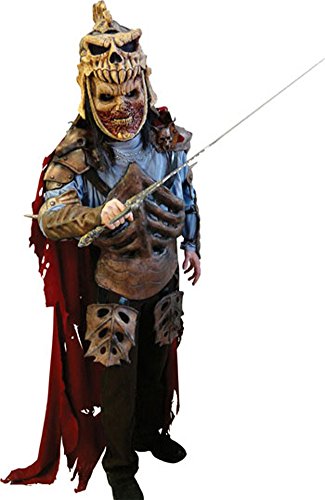 This is the Evil Ash costume, from the movie Army of Darkness!
Very cool and unique bizarre men’s costume for sale!
I dare you to stay where you are when you see Evil Ash coming your way! 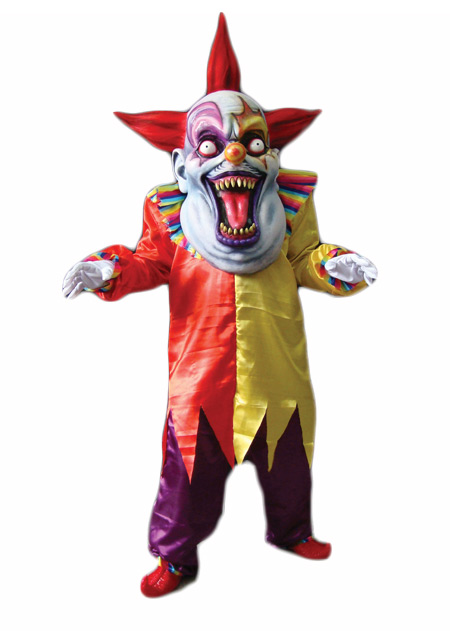 Are you scared of clowns?
What about evil, killer clowns?
This is definitely one of the scariest, creepiest, most bizarre evil clown costume for adults around!
Watch what happens when you arrive at your Halloween party wearing this!
You will be the only one left!
(‘Cause everybody else will have run scared!) 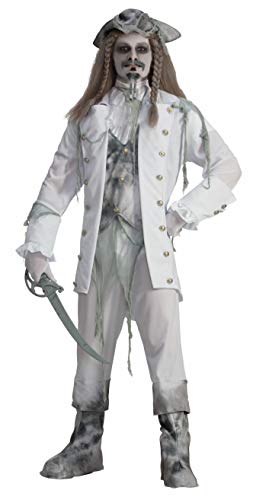 Wait a second…
Is that ghost pirate coming our way??? Or is it just a very pale man?
Whatever it is I am scared!!
I don’t want to find out what it is…
I am running away!!! 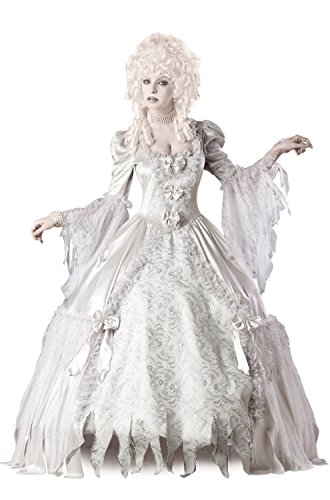 OMG!
It’s the ghostly lady!!!!
She is coming for you!!!
RUN NOW!!
You don’t want to find out what she’s gonna do to you when she finds you!!

The Most Bizarre Costumes for Adults!

This Hellraiser Pinhead costume is among the scariest costumes for adults in my opinion!
I always get scared when I see him!
You will definitely raise hell at your party with this cool costume!

Now you and your friends  can all go as Hellraiser  characters!
They are  among the creepiest Halloween costumes around!

Wow!
Who remember the Minotaurus?
It was the scariest story I heard when I was little!
Kept me awake for many nights!
What a cool and very unique adult Minotaurus costume for sale!
Very realistic!

The Most Bizarre Costumes for Halloween! 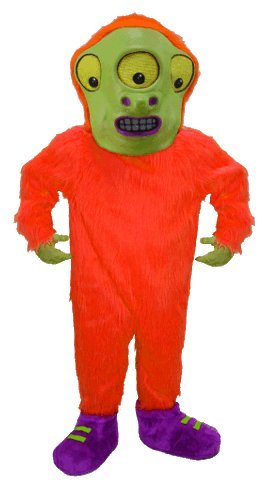 How about dressing up as a very bizarre and crazy three-eyed orange alien?
He is pretty scary too!
I love his ‘alien’ purple sneakers!
This outfit is complete!
It comes with the bright orange suit, crazy alien head and hands and feet!
He sees everything!
That third eye is crazy!

*I hope you were able to find a super cool and bizarre costume for you!
Check out these props too if you have time!
They are beyond amazing!